Nutrition exerts considerable effects on health, and dietary interventions are commonly used to treat diseases of metabolic aetiology. Although cancer has a substantial metabolic component1, the principles that define whether nutrition may be used to influence outcomes of cancer are unclear2. Nevertheless, it is established that targeting metabolic pathways with pharmacological agents or radiation can sometimes lead to controlled therapeutic outcomes. By contrast, whether specific dietary interventions can influence the metabolic pathways that are targeted in standard cancer therapies is not known. Here we show that dietary restriction of the essential amino acid methionine-the reduction of which has anti-ageing and anti-obesogenic properties-influences cancer outcome, through controlled and reproducible changes to one-carbon metabolism. This pathway metabolizes methionine and is the target of a variety of cancer interventions that involve chemotherapy and radiation. Methionine restriction produced therapeutic responses in two patient-derived xenograft models of chemotherapy-resistant RAS-driven colorectal cancer, and in a mouse model of autochthonous soft-tissue sarcoma driven by a G12D mutation in KRAS and knockout of p53 (KrasG12D/+;Trp53-/-) that is resistant to radiation. Metabolomics revealed that the therapeutic mechanisms operate via tumour-cell-autonomous effects on flux through one-carbon metabolism that affects redox and nucleotide metabolism-and thus interact with the antimetabolite or radiation intervention. In a controlled and tolerated feeding study in humans, methionine restriction resulted in effects on systemic metabolism that were similar to those obtained in mice. These findings provide evidence that a targeted dietary manipulation can specifically affect tumour-cell metabolism to mediate broad aspects of cancer outcome.

Nutrition and metabolism are known to influence chromatin biology and epigenetics through post-translational modifications, yet how this interaction influences genomic architecture and connects to gene expression is unknown. Here we consider, as a model, the metabolically-driven dynamics of H3K4me3, a histone methylation mark that is known to encode information about active transcription, cell identity, and tumor suppression. We analyze the genome-wide changes in H3K4me3 and gene expression in response to alterations in methionine availability in both normal mouse physiology and human cancer cells. Surprisingly, we find that the location of H3K4me3 peaks is largely preserved under methionine restriction, while the response of H3K4me3 peak width encodes almost all aspects of H3K4me3 biology including changes in expression levels, and the presence of cell identity and cancer-associated genes. These findings may reveal general principles for how nutrient availability modulates specific aspects of chromatin dynamics to mediate biological function. 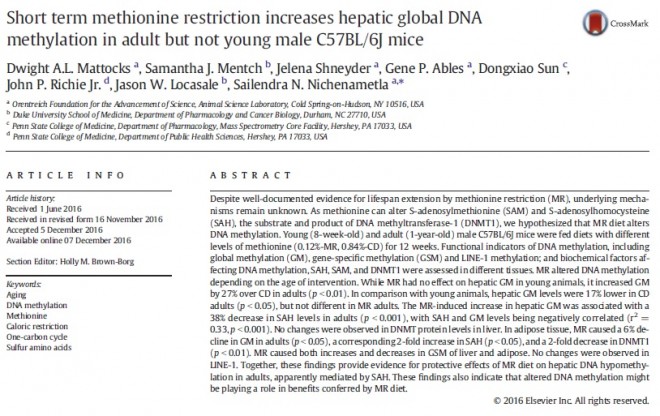 Past research has shown that dietary methionine restriction (MR) improves healthspan in part by reducing fat and increasing insulin sensitivity in rodent models. OFAS Senior Scientist Julie Hens, PhD, lead her team in a study to determine whether MR slows down tumor progression in xenograft breast cancer mouse model and breast cancer cell lines. There were two groups of mice, those on an MR diet (0.12% methionine content) and those on a control-fed (CF) diet (0.86% methionine content). The mice on the MR diet not only had reduced weights and less fat, but also had smaller tumors compared to those that were on the CF diet. The MR mice showed a decrease in proliferation and an increase in apoptosis in cells that comprise the mammary glands and xenograft tumors, thus providing evidence that MR can hinder cancer progression by affecting the cell cycle.

In a clinical setting, if MR can delay the progression of cancer, this would provide more time for current cancer therapies to work, and this could provide a more optimistic and healthier outlook for cancer patients.

To read the full article, click here and let us know what you think in the comments! Thanks! 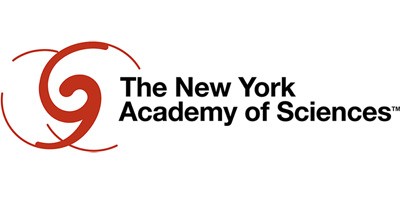 Several interventions have been identified that significantly extend healthy lifespan in mammals. Caloric restriction, for example, has been shown to improve healthspan in a variety of organisms, including rodents. Conversely, animals fed a diet with a normal caloric content, but with limiting amounts of the essential amino acid methionine, are up to 45% longer-lived than control animals. These and many other studies collectively demonstrate that alterations in nutrition and metabolism can have profound effects on healthy aging.

While studies are ongoing using conventional and established approaches to explore the molecular mechanisms underlying healthspan-extending interventions, many powerful new techniques are also being developed (e.g., genome engineering, high-throughput sequencing, DNA methylomics) that can be used to great effect for studies of healthy aging.

To explore the interplay between aging, nutrition, and metabolism, as well as the important role that novel technologies will play in current and future studies, Orentreich Foundation for the Advancement of Science and The Sackler Institute for Nutrition Science at The New York Academy of Sciences are bringing together several preeminent researchers in these fields. The event will take place Friday, December 2, 2016 from 12:30 PM – 6:30 PM at The New York Academy of Sciences (7 World Trade Center, 40th Floor, New York, NY, USA).

Attendance for this event is limited in order to facilitate high level discussions and interactions. For additional information on the symposium, speakers, and registration, visit the NYAS website.