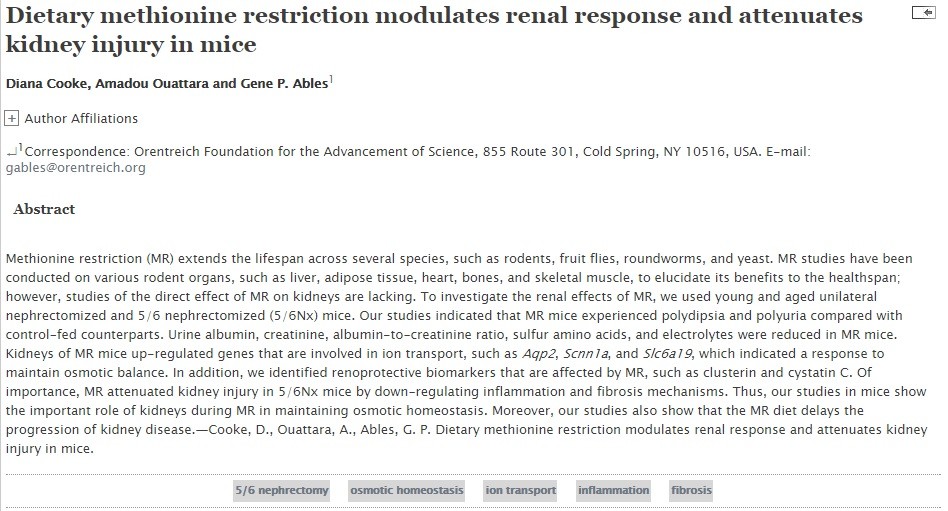 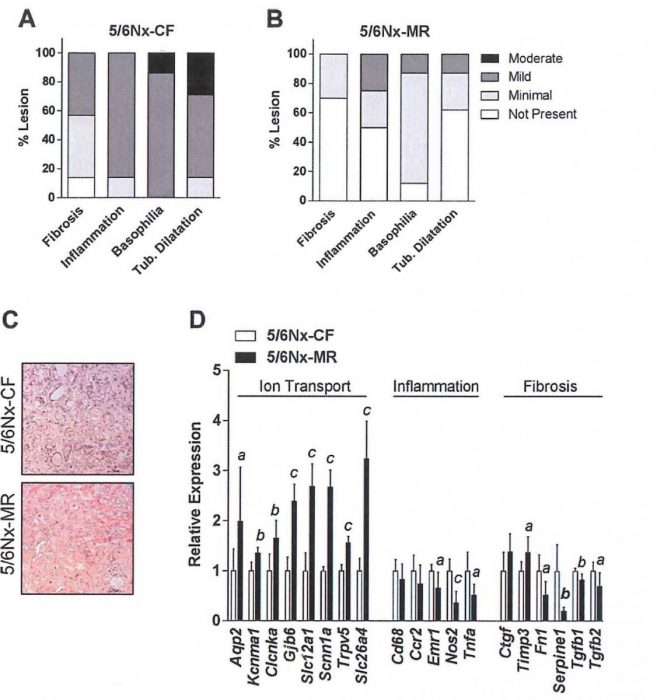 Methionine restriction (MR) extends the lifespan across several species, such as rodents, fruit flies, roundworms, and yeast. MR studies have been conducted on various rodent organs, such as liver, adipose tissue, heart, bones, and skeletal muscle, to elucidate its benefits to the healthspan; however, studies of the direct effect of MR on kidneys are lacking. To investigate the renal effects of MR, we used young and aged unilateral nephrectomized and 5/6 nephrectomized (5/6Nx) mice. Our studies indicated that MR mice experienced polydipsia and polyuria compared with control-fed counterparts. Urine albumin, creatinine, albumin-to-creatinine ratio, sulfur amino acids, and electrolytes were reduced in MR mice. Kidneys of MR mice up-regulated genes that are involved in ion transport, such as Aqp2, Scnn1a, and Slc6a19, which indicated a response to maintain osmotic balance. In addition, we identified renoprotective biomarkers that are affected by MR, such as clusterin and cystatin C. Of importance, MR attenuated kidney injury in 5/6Nx mice by down-regulating inflammation and fibrosis mechanisms. Thus, our studies in mice show the important role of kidneys during MR in maintaining osmotic homeostasis. Moreover, our studies also show that the MR diet delays the progression of kidney disease.—Cooke, D., Ouattara, A., Ables, G. P. Dietary methionine restriction modulates renal response and attenuates kidney injury in mice.